The public discourse around people who move to the U.S. is ugly at the moment (the moment being Build a Wall, Travel Ban, and Zero Tolerance). This series uses dictionaries and corpus linguistics to reflect on how we speak about people that move from one country to another.

As an American living in Ethiopia, I am frequently referred to as an expat. However, my Ethiopian colleagues in the United States are identified as immigrants. Why is that?

What are the definitions of immigrant, migrant, and expat? For those uninitiated in the dark arts of lexicography, words in dictionaries are not defined by some divinity on high making pronouncements (aka prescriptions). Rather words are defined by lexicography witchstaff who are analyzing how they are used by the speakers of the given language (aka descriptions). 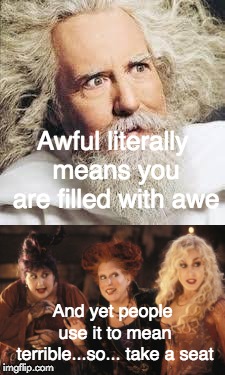 Thhhhhhusly, the definitions below have been determined by and broadly represent how Americans use and understand these labels. Take a peep: 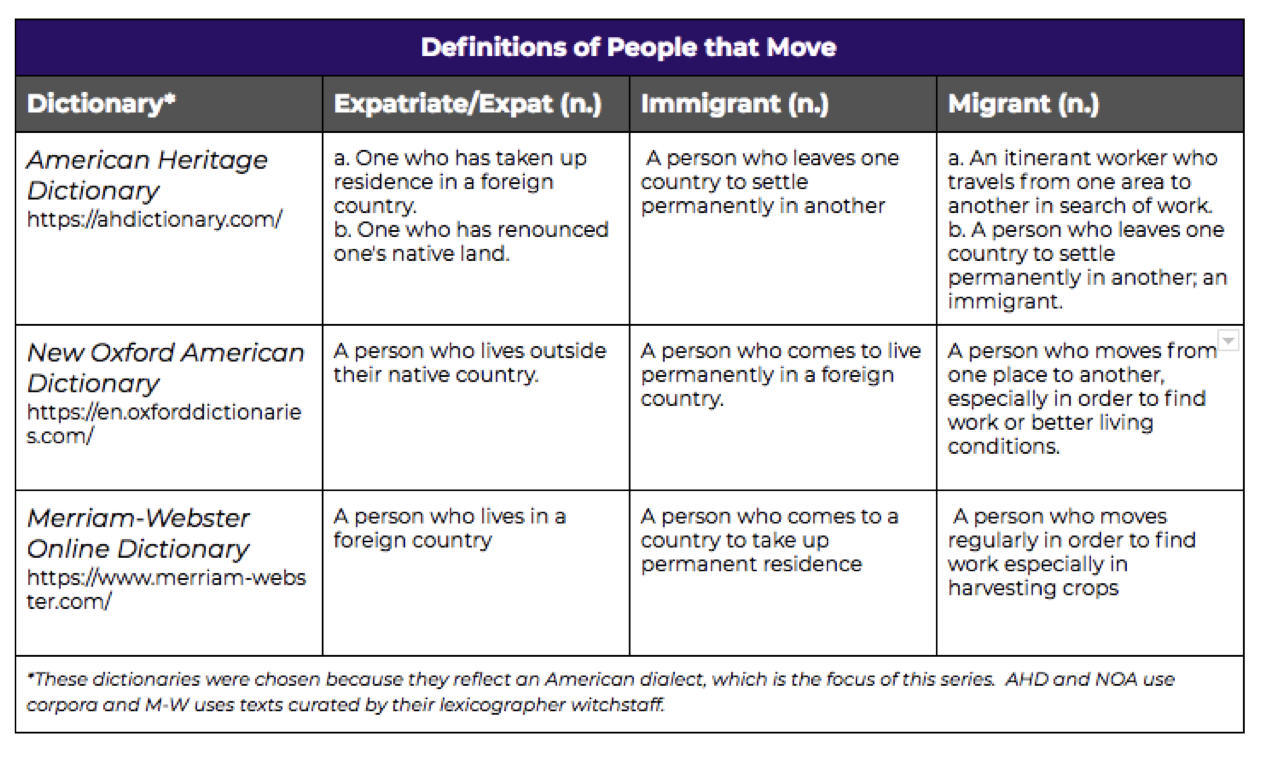 As you can see with your own beautiful eyes, the distinctions are subtle. (Also, how extra is American Heritage Dictionary?) All three dictionaries include reference to permanence for immigrant. There is no analogous qualification for expat, indicating expats may not be perceived as permanently living in a foreign country. The definitions for migrant all include a reference to work and frequent movement.

I have moved in and out of the U.S. to four different countries for work opportunities over the course of my career, but nobody has ever called me a migrant. Qwhite interesting, huh? In subsequent posts I will consider how these terms are used in racialized and class-based ways rather than applied to describe permanent, temporary, or work-related movement.