The public discourse around people who move to the U.S. is ugly at the moment (the moment being Build a Wall, Travel Ban, and Zero Tolerance). This series (Post 1) uses dictionaries and corpus linguistics to reflect on how we speak about people that move from one country to another.

If like my co-bish, Caitlin, you read dictionaries for fun, you might have noticed that there are frequently example phrases and sentences to provide further context of how the word is used. You might even own a book that composed short stories using only dictionary example sentences and you might read it aloud to your indifferent friend, Kaylin. 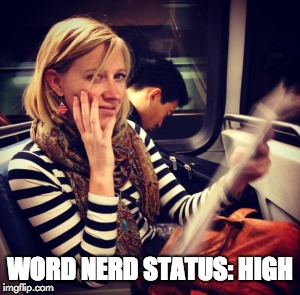 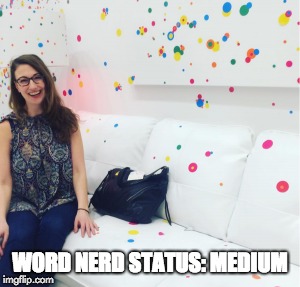 Lexicographers select example phrases and sentences from corpora that demonstrate how that word is used in a “typical grammatical and semantic context.” That is to say, the examples are intended to be emblematic of the word’s usage as determined by big data (corpus linguistics). Some online dictionaries even populate example sentences from recent media in addition to the official example. What are typical grammatical and semantic contexts for expat, immigrant, and migrant?

An example of a bad example.

We will stick with the same dictionaries from the first post in this series. American Heritage Dictionary online had no examples (can someone old school look them up for me in your real life dictionary pleeaassee). However, our other two dictionaries give us some food for thought.

The difference is jarring. I am jarred. Expats are from a wealthy country neutrally existing in a cosmopolitan city. Immigrants are without status and an ominous ‘they’ attempts to remove them.

(New Oxford American did not have an official example for migrant, but it had multiple example sentences from what I gather to be news sources though they are not credited. From words spelled commonwealthily and references to Australia, I have surmised that most these sources are not American, and must be coming from the sister dictionary Oxford Dictionary of English.)

Merriam-Webster doesn’t chap my lips as much.

The M-W example for immigrant is not negative like NOA’s, so that’s something. As in NOA, expats are from wealthy, Western countries with white majorities hanging out in a foreign city. This particular example was from a sentence about Ernest Hemingway and Gertrude Stein credited to Robert Penn Warren. The example for migrant squares with M-W’s definition: a person who moves regularly for agricultural work. Agricultural labor, a so-called low-skilled job, is not for expats. Expats move abroad to work as writers and NGO staff and businessbishes. Expats have privilege. Migrants move abroad to toil in fields. Migrants are disenfranchised.

Not blaming Mrs. Dictionary for any of this. She is merely the vessel. Tune in for the next post on the source material: corpus.